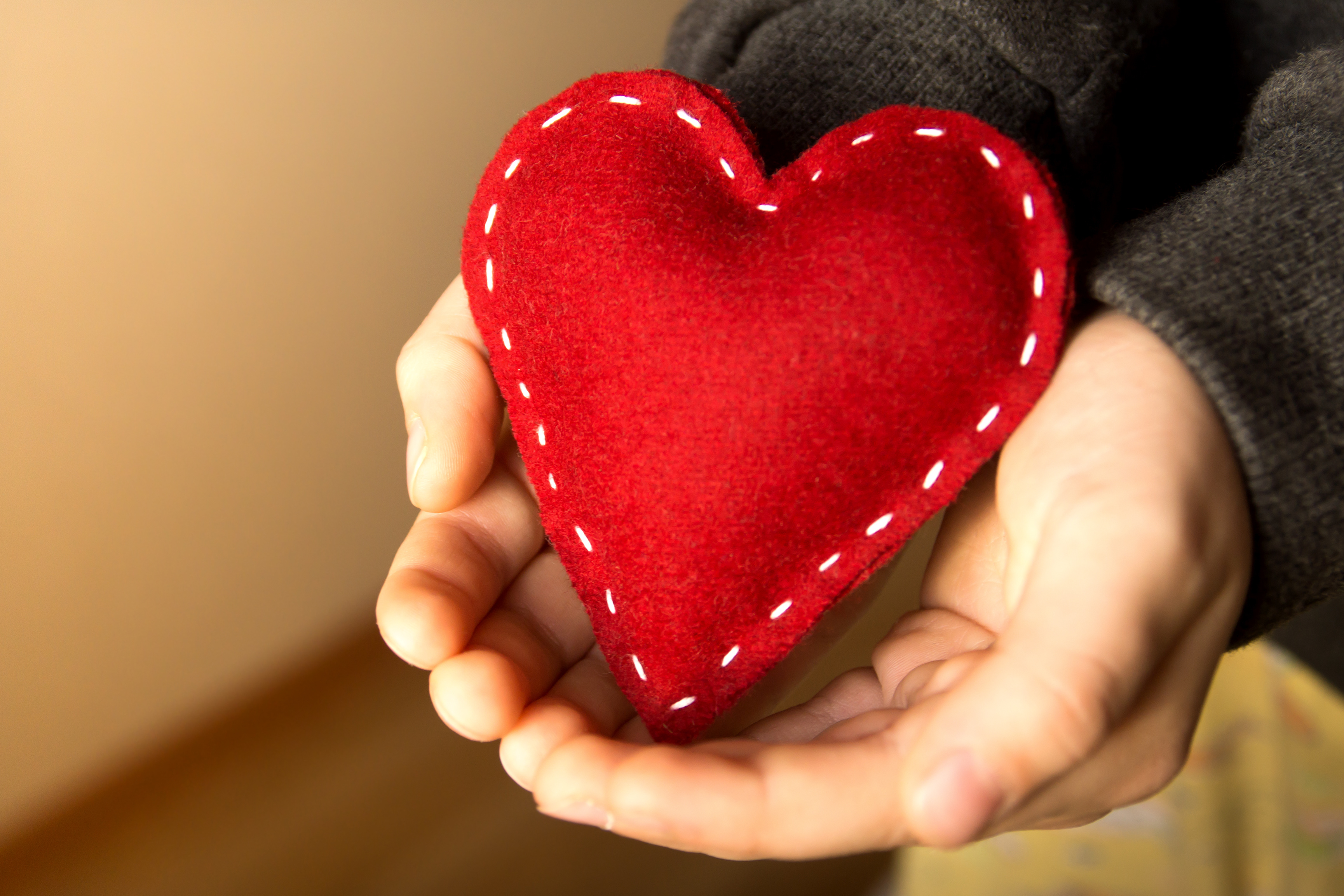 In recognition of Congenital Heart Defect Awareness Week (Feb. 7-14), a Harney County resident shares the story of dealing with her son’s heart defect, and why she became involved with the LIFE (Local Individuals For Emergencies) Committee at Harney District Hospital (HDH).

Heart defects were never on my radar. As far as I knew, our family had no history of them (and by the size of my extended family, we have certainly had a chance to test these things out!) I had very limited awareness of the prevalence of congenital (present at birth) heart defects. But on Martin Luther King, Jr. Day in 2015, everything changed when Dr. Sharon King called and said: “It looks like there’s something wrong with your baby’s heart.” We were so excited to be adding to our family, but with those words, the second half of my pregnancy became a world of unknowns and required a whole lot of faith.

The next several weeks took us to Bend, and then to Portland. At each step, we were given a range of scenarios to expect, and after more and more testing, it felt as though we always ended up on the worst end of the spectrum. We originally thought our baby boy had a hole in his heart. We discovered that sometimes the hole closes on its own, sometimes the heart needs monitoring, and sometimes the heart needs to be surgically repaired. It was with this knowledge weighing upon us that we sat in the office of Dr. Tajchman, a pediatric cardiologist in Bend, and waited for a prognosis. After an agonizing wait, Dr. Tajchman kindly told us that our baby’s heart defect was much more severe. She gave us three possible diagnoses, all requiring open-heart surgery. She then referred us to Doernbecher Children’s Hospital for more testing and told us we should plan for our baby boy to be born there.

About a month later, we were in a little room in Doernbecher waiting to hear results of our second echocardiogram. The conversation we were about to have with Dr. Kelly stands out to me almost more than any we have had. He told us that our baby had Tetrology of Fallot with Pulmonary Atresia. He compared this diagnosis to knowing that someone has a car, explaining that this knowledge provides no details about the car’s make or model. He said on a scale of diagnoses, our son’s was “worst-case scenario.” He wanted our baby to be born at Doernbecher where immediately he would have many tests done, depending on those results, we would plan for surgery or look at comfort care. He offered a name of a surgeon at Stanford for us to look into, Dr. Hanley, who specializes in difficult cases of Tetrology of Fallot.

Though we appreciated the help we had received at Doernbecher, we decided to take our baby to Dr. Hanley at Stanford’s Lucile Packard Children’s Hospital. Dr. Hanley developed the surgical repair that was needed to save our son and offered the most hope for his future. By now we had a better understanding of Michael and his diagnosis. My job was to wait in a motel in California and get Michael to his induction date. In some ways, those days of waiting were the most difficult. There were so many possibilities and all I had was time to think, pray and try to prepare. I wish I could have known that there was no possible way to prepare for all that was to transpire. Even though the first 21 months of his life have been more unpredictable and harder than I ever could have dreamed, not knowing the little person who dominates your thoughts made it seem unthinkable. Once he was born, Michael himself gave me the strength needed to meet each challenge.

Michael did so well at birth. I find it heart breaking that, had we not known of his defect during my pregnancy, we would have been absolutely blindsided in a few short weeks when he began to struggle. Dr. Hanley wanted to wait until he was four months old for his first open heart surgery, but Michael has always done things on his own timeline, and he very terrifyingly declared to the world that he was not going to wait until September. His first open heart surgery was on July 10, 2015 at two months old, and I literally almost threw him into Dr. Hanley’s arms because he was so sick and not going to make it much longer. Recovery was so much more difficult than I ever could have imagined. Michael made another trip back into the operating room in August to take pressure off his airways and fix his diaphragm that had been damaged during heart surgery. When we got home in August, Michael struggled with eating. By September, we realized he was in complete heart block. We were flown from Doernbecher Children’s Hospital back to Stanford for a pacemaker placement, his third open heart surgery. Michael had another major heart surgery and very difficult recovery one year ago, in February 2016. He needed a revision of his original repair. At the end of that month he had a Nissen/G-tube surgery, his fifth trip to the operating room in less than a year.

We know our way around more than one hospital! We have gotten good at hospital life, but are so grateful that this winter we have been able to avoid an extended stay. It’s been a nice stretch, but as with almost all children with congenital heart defects, Michael has very close follow-ups and many tests and procedures. And he smiles through almost all of it!

After four ambulance flights (three from Harney District Hospital) and multiple hours driving to Bend, Portland, or Palo Alto, California for appointments, tests, procedures, and surgeries, our family has been asked many times why we stay in Harney County. For me, there is no question. First, this is our home and where we have support. I have no idea how other families manage medically-fragile children without support. My parents, siblings, grandparents, aunts, uncles, cousins, and friends have been there for us every step of the way. My parents have literally been with us at some point during every hospitalization, bringing Blake (our four-year-old) and allowing us to all be in one spot as a family.

Our second reason for staying is also invaluable. It is the medical support we have been given by our small community. It begins with my routine ultrasound at 20 weeks when Marci was able to detect something was a little off — something that many are not able to detect. I have met many families with the same diagnosis as Michael who did not find out until their child was several months old. Dr. King helped me arrange for Michael’s care at Stanford. Within hours of my mentioning that I wanted Michael to be in the care of the best surgeon for his diagnosis, we became patients of Dr. Hanley’s and were making arrangements to leave for California within two weeks. Dr. Johnston is Michael’s primary care provider, and has provided a tremendous amount of support. He has so perfectly balanced his medical care while being extremely cautious of exposure. When he has not been available, Dr. Laiosa, Dr. Thomas and even weekend traveling doctors have stepped in and taken care of Michael like he has been their patient all along. Everyone knows Michael here! When he has had emergency situations in Burns, I have not had to spend the first hours in the ER going over his extensive medical history. They know him, they are ready for him, and they are not afraid to do what they have to do in order to keep him safe. Kelly Singhose also knows Michael’s full history, and I know I can call her with anything. I also know she has spent hours on the phone advocating for us and talking with insurance companies to get what we need. We work with Erin Gosnell from Harney County Home Health, and she is another person I can call with questions. She probably knows Michael’s baseline medical status as well as anyone. If there is a change we should worry about, she will know it. Courtney McMullen from the Early Childhood Center, Speech Pathologist Jenell Zamora, and the team at Norco have also dedicated so much time toward helping us with Michael. We also owe huge debts to the nurses, respiratory therapists and EMTs at Harney District Hospital and HDH Family Care. Many of the heart families I know from larger communities are envious of the medical support I have here. I do not take it for granted, and appreciate it more than I could ever express. Harney County is where we belong and where I believe Michael receives the best care possible.

Through our experience and hospital life, I have gotten to know a lot of other heart families. It is safe to say that these special little heart warriors each take their own complicated path and rarely seem to follow medical expectations. They come with so many more complications and challenges than I could have ever been prepared for, but they are special little people. Michael is very brave and wants to be happy. After a shot, a reflux episode, or even excruciating blood draws or IVs, he recovers so quickly and forces a smile as soon as he can. No one ever told Michael he was sick. He keeps us smiling and keeps us going.

Find out more about the LIFE Committee