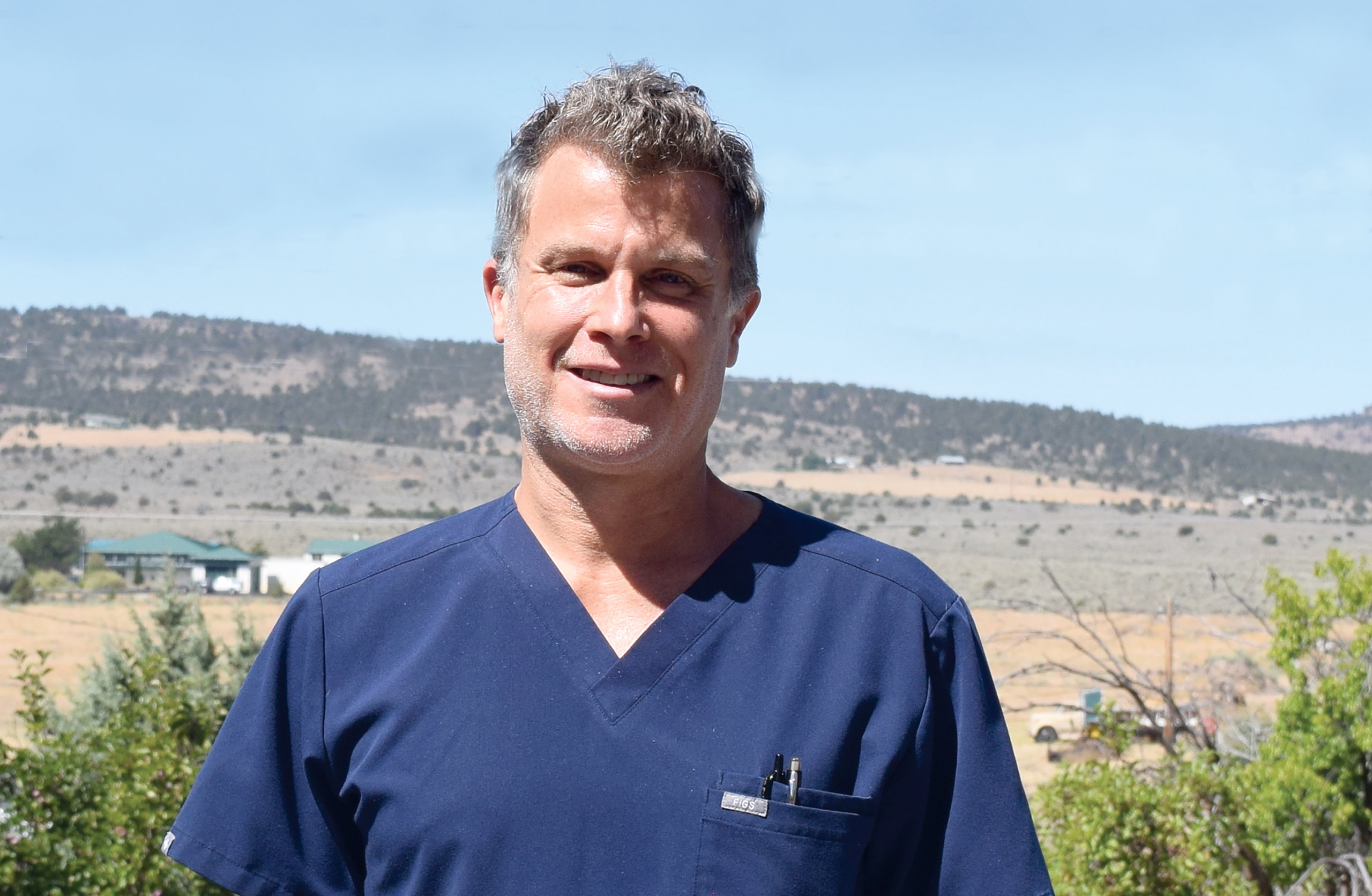 Doctors of osteopathic medicine are fully licensed physicians who practice in all areas of medicine. They receive the same training as a doctor of medicine (M.D.) with an extra focus on the neuromusculoskeletal system.

Doctors of osteopathic medicine support the body’s attempts to heal itself by removing restrictions that compromise motion.

“When you compromise motion, you can influence function of the body,” Dr. Homertgen said. “Motion is life, so it’s really about restoring motion as best we can in a safe way to the entire body.”

He explained that our bodies are designed to run or walk 10 miles a day, as this was necessary for hunting and gathering food. Before the advent of chairs, humans were also more inclined to squat, which engages the core, glute, and leg muscles and is better for spinal health than sitting. Modern conveniences have led to more sedentary lifestyles, which can be hard on the body and lead to dysfunction.

In his freshman year of college, Dr. Homertgen sustained a rock-climbing injury that left him with chronic back pain. In college, tired of taking daily pills for pain, he took his first yoga class and began his journey toward best addressing the cause of his pain. After a year of living and working in rural China — where chairs were scarce and people frequently squatted during conversation — Dr. Homertgen realized that he was getting stronger and finding it easier to manage his pain. This eventually helped spark his interest in osteopathic medicine.

Dr. Homertgen encourages his patients to reclaim their bodies’ natural strength through regular stretching and exercise. He also uses his hands to gently remove tension in his patients’ bodies, noting that patients tend to develop healthier habits when they aren’t in pain.

“I chose osteopathic medicine because I really wanted to help people more than just the standard of medicine,” Dr. Homertgen said. “I wanted to learn a skill, especially with my hands, that could help relieve people’s suffering.”

In his practice, Dr. Homertgen emphasizes the importance of making healthy choices. However, he focuses more on the healthy habits that patients should add (like exercising, eating more fruits and vegetables, and managing stress through meditation) than the unhealthy habits that they should eliminate (like smoking or eating junk food).

He explained that, “It’s a lot easier to add something to life than to take away something.”

For example, he said, “Most patients don’t know that you can repair the 60,000 miles of blood vessels in your body by eating whole plant foods.”

Although he encourages his patients to be mindful about their choices, Dr. Homertgen doesn’t expect perfection.

“We’re all perfectly imperfect human beings,” he said. “We need to be gentle with ourselves.”

Dr. Homertgen grew up in Northern and Southern California, graduating from a Catholic high school in Orange County. He continued his education at the University of Colorado Boulder, where he received a bachelor’s degree in psychology. After working abroad in Japan and China, he returned stateside and decided to pursue a career in medicine. He was a pre-medical student at California State University, Fullerton, and he attended medical school at the College of Osteopathic Medicine of the Pacific. Dr. Homertgen completed his residency in Northern Maine before moving to Oregon to take a job in Albany. He moved to Bend in April and commutes to Burns to see patients at HDH Family Care clinic.

In his free time, Dr. Homertgen can be found doing yoga, meditating, learning guitar, growing fresh fruits and vegetables, and hiking with his dog.